Who is Recommended for Freezing Eggs?

Cryopreservation is the method of artificially extending the fertility age of a woman by extracting and freezing the unfertilized eggs from a woman’s ovary. The maximum legal preservation period is ten years as proposed by the HFEA (Human Fertilisation and Embryology Authority). As the experimental stage is over so many women are opting to freeze their eggs due to various personal and professional reasons.

In this, the eggs are exposed for absolute critical time to many different solutions for the number of different respective exposure times. The margin of error is very little as the solutions are extremely concentrated and potentially toxic to the eggs. This procedure must be performed with accuracy and precision, requiring special skills and concentration by the embryologist.

One of the most commonly used processes worldwide is slow freezing. In this, the cells (eggs or oocytes) are cooled in steps under -196 Celsius, this temperature is controlled through a computer. Also, a cryoprotective agent is released for the protection of eggs. This results in prolonged cell storage as the biological processes in the cell are shut down. Besides the cryoprotective agents (anti-freeze media) prevent osmotic damage in the cell as far as possible. Furthermore, they do not prevent the formation of ice, which can damage the cell organelles.

Limited amount of eggs produced: Each woman is born with a finite number of eggs that steadily declines as she ages. Irrespective of the amount of primary ovarian reserve, the most favourable chances for women are always in their 20's as eggs are healthy. For women in their 30s, pregnancy chances decline, from 25 percent throughout their 20's to 15 percent during 30's and eventually drops to 5 percent as they enter their 40s.

Quality of eggs reduces over time: As you age, your egg quality diminishes. As the probability of conception declines each month, the likelihood of having eggs with chromosomal abnormalities also increases and so does the chances of miscarriage. Egg freezing helps in preserving the current health of eggs and by this, it increases the chances of conception through IVF in the future.

The peace of mind regarding motherhood and career goals: Egg freezing puts women on the same playing field with men, whose biological clock may not tick as loudly, per se. The process will allow you to find a secure relationship, focus on your professional goals, and ultimately take control of your life by giving you a choice to get pregnant when the time is right, for you.

Low risk for pregnancies during advanced age: Social egg freezing, followed by in vitro fertilization (IVF) and embryo transfer, offers two important benefits to women who anticipate becoming pregnant at an advanced age: it provides them with the possibility of becoming a genetic parent using their frozen-thawed eggs, and it reduces the risk of having children with chromosomal abnormalities associated with ovarian aneuploidy.

Before discussing success rates we will like to share the fact that egg freezing is a new procedure, so the number of cases of IVF or any other method of conception through these frozen eggs is very small. However, the success rate for such women is good, but always remember that the success in IVF is considerately dependant on the woman’s age. Note: Here success rate means the good quality of eggs after preserving and developing embryo after successful plantation.

The main goal behind doing all this is bringing home a healthy baby, so the birth rates are also considered in the success rate. 2% to 12% success rate is common in older methods of egg retrieving and IVF, whereas for egg freezing method 4% to 14% is the success rate. 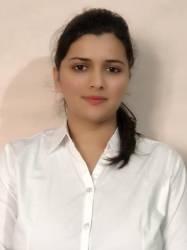